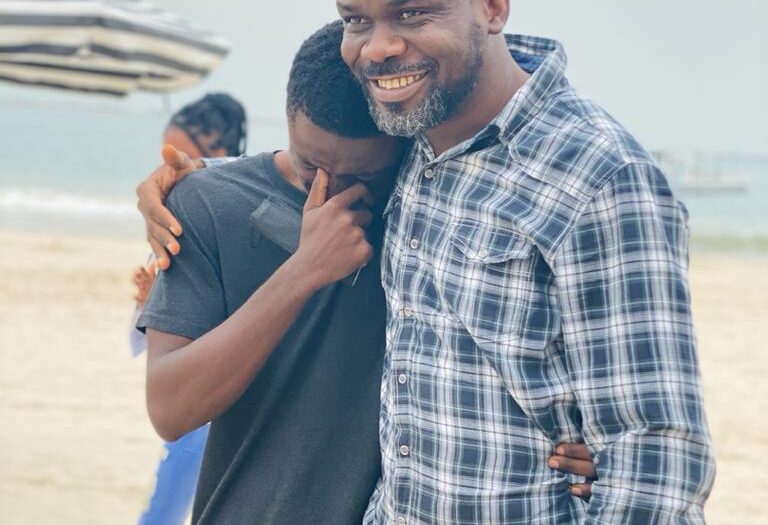 Back in early 2019 after my Father started "stabilizing" following a repeat stroke...

Both he and my mom suggested it was time I got back to earning some money for myself — after 3+ years of "taking a sabbatical" to stand in as a caregiver for my Dad — best Job ever.

So after lots of thinking...

I finally decided it was time to relocate:

Where I felt was the perfect place from which I could

Resume my Copywriting career full-time by networking and connecting with some of the biggest Internet marketers and Copywriters in the country...

And my number #1 goal for relocating to Lagos

..was to meet with him physically.

So as soon as I got to Lagos in May,

And combing through (like a mad scientist) — every single piece I could find online — that had Ronald Nzimora as it's author.

And in order to get it right

I simply had to understand the man

I had to know his story,

Who his friends were,

What he'd worked on recently

What he was working on NEXT.

And I wasn't satisfied until I reached the point where:

I couldn't find anything else about him.

To make me feel like I knew him on a personal level — Well enough to write him and get the kind of "positive reply" I was hoping for...

I knew it was time to write that pitch.

But I didn't write it immediately

Lots of self doubt and second guessing

Until finally, one Sunday evening

After waking up from a power nap

And realizing I was being a pussy for not reaching out even after doing a ton of research ...

I just said fuck it.

And started typing the pitch that kick-started one of the greatest mentor-student stories of our time...

But I keep telling people..

Sure, maybe it was a good pitch

But simply copying the pitch blindly won't do you any good

Because that pitch was for Ronald and Ronald alone

However, you can "model your own pitch" off the psychological framework upon which the pitch was built,

And when done correctly,

...you'll likely get the kind of positive response you seek from your prospects or those B2B clients you have on your "target list"

I'll briefly discuss the psychological framework for that pitch

And I'll throw some light on how you can model it

To write yours (Not to me, or to Ronald)

Once we get the whole "pitching" thing out of the way...

I'll pull back the curtain

And start telling about my journey with the world's greatest mentor,

P.S: Looking to grow alongside well-paid, well connected writers with $100,000s EARNED in writing fees so far this year?

See if you have what it takes here