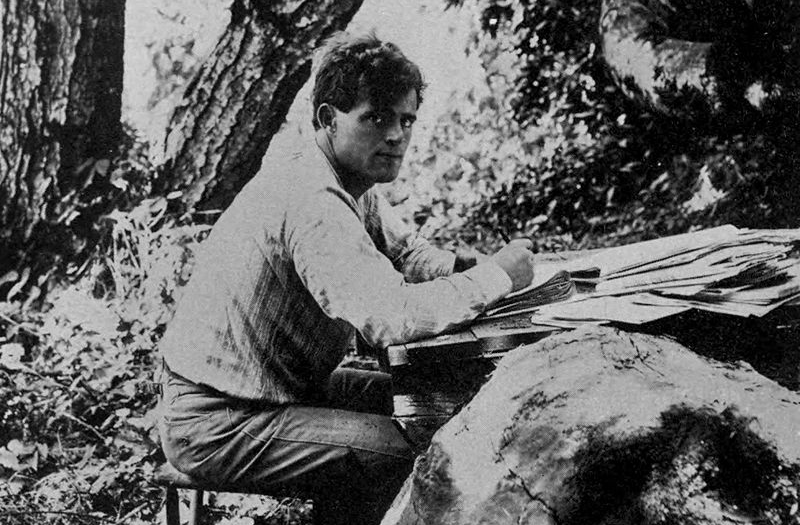 The secret is a five letter word.

And it's crazy because:

I see a lot of businesses in the financial services, real estate, health and information marketing niches struggling to even break even with their advertising simply because they either don't know better or ...

Because they're trying to play it safe.

I first learned about this strategy while I was studying the works of Jack London...

In a moment, I'll tell you about Jack London's Biggest writing trick and why he enjoyed so much fame and success at a very young age...

But first, I need to point out the logic behind all of this, and..

Why a lot of marketing campaigns end up in the gutter even if they have a BIG advertising budget.

What most marketers and Copywriters fail to understand is that advertising is war!

You're in this chaotic firestorm where the people you are trying to sell to are constantly being bombarded with thousands of similar messages left, right and center!

So you can't possibly get the attention of your prospects by creating ordinary me-too marketing campaigns.

You can't play it safe.

And at a time when it has become more difficult to get people's attention long enough to make a sale, there's no better way to grab profitable attention in your market than by...

Doing Exactly What Jack London Did With His Classic Books!

Jack London wrote over 50 books. Some of them nonfiction. A
few autobiographical. But by far one of his greatest works of
fiction is...

In The Sea Wolf, the lead character is the captain, called the sea
wolf. He’s mad. He’s insane. And he’s driving the writer and
everyone else insane as well.

The novel is full of drama and suspense.

London keeps you hooked by starting every chapter with a plot that unfolds into drama.... And he...

Does not give you a satisfactory ending.

He creates a twist somewhere in every chapter (usually at the beginning).... and doesn't resolve it just so he keeps you glued to those pages.

And as marketing legend Joe Vitale puts it in his classic Hypnotic Writing book:

"Many of London’s chapters end right when new conflict bubbles up. You have no recourse but to keep reading in order to resolve the tension London has created."

In essence, he has hypnotized you to keep reading.

He would intrigue the hell out of his readers and keep them hooked until the very end. And it's not just Jack London...

Even Dan Brown Uses This Simple Writing Trick to Create Mass Appeal For His Best-Selling Novels!

If you've read any of Dan Brown's books... Like The Da Vinci Code, Inferno, Angels and Demons, The Lost Symbol, The Origin ....

You already know his novels are treasure hunts that usually take place within a space of....

Again, we're seeing the same trick at play here.... The same writing trick Jack London used way back... It worked then, and it still works now!

Take a look at your ads, your landing pages, your emails, your offers....

Does your reader feel intrigued from the start?

Does the idea behind your marketing campaign wake her up from her slumber and....

Light up her emotions Like no one else before you?

Does she read your headline and think:

"Damn, I gotta know what this is about... I gotta read this and find out how this new opportunity can transform my life"

If she doesn't feel that way, forget it my friend, she won't read your ad or watch your webinar .... and for this reason....

She Can't Even Buy From You

And that's why you need to always review your marketing campaigns and ask yourself:

And if you find that you're not satisfied with the results from your current marketing funnel...

The solution is simpler than 1+2

Get off the fence, get out of the herd and start creating marketing campaigns that hit your market like a storm!

Use crazy headlines that are benefit-driven (or curiosity driven) and promise a major breakthrough for your reader...

Write out-of-this-world copy that is full of suspense and emotional triggers...

Tell stories and case studies that hold attention and keep the reader hooked through out your sales letter...

Intrigue and tease the hell out of your reader

And for God's sake, make your offers....

The Craziest Thing Anybody Has Even Seen

This is how you disrupt and dominate your market.

And this is how you stand head and shoulders above your competitors.

I learned about the importance of drama and suspense from John Carlton and after studying over 50 blockbuster promotions from Agora.

I won't even tell you what I had to go through to get my hands on those sales letters.

But let's just say it's my way.

PS: Would you like me to personally work hand in hand with you to create a dramatic marketing campaign that brings in massive profits for your business?