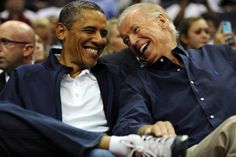 A few weeks ago I was rewatching Obama's keynote speech at the Democratic National Convention back in 2004...

Whatever he said that night in Boston was a reflection of what most Americans were already thinking...

And he got people thinking:

It was so easy for millions of Americans to embrace his message and vote him as the first black POTUS in history.

Inspite of his Political inexperience and everything the Republicans threw at him.

If you can't get people to embrace your message,

They won't buy what you are trying to sell them.

Which begs the question:

How do you make people embrace your message?

What makes them tick.

What keeps them worried sick all day

What their fantasies are

What their primal desires are....

While running for president,

Obama knew the American people like the back of his palm.

Do you ever read something and think:

Finally, someone who understands me,

And what happens next?

You embrace the author's message wholeheartedly,

Your resistance to being sold is so low...

And at this point,

If the author asks you to take some sort of action that helps you solve a pressing problem or experience a desired outcome...

You'd do it in a heartbeat.

Again, look at Obama's 2008 presidential campaign and you'll have a clear picture why millions of Americans said YES to OBAMA!

One of the primary reasons people don't buy is because they can't resonate with your message from the beginning....

Let me tell you something

If your prospect isn't emotionally stimulated by the first 50 words on your sales letter or Webinar or VSL  etc...

You can be sure they won't even see your offer...

You can have the best offer in the world but if your prospect can't read or watch long enough to see your offer...

How can they buy from you?

P.S: For more information on how to make people embrace your message and buy from you...