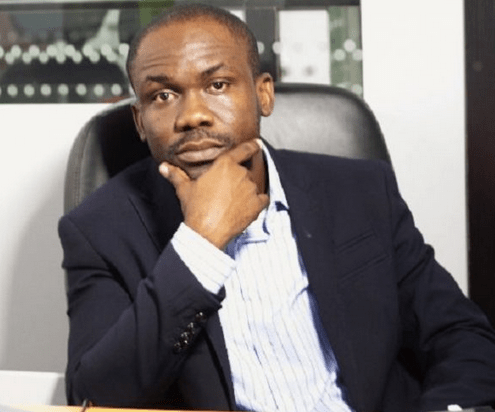 It rained heavily that day.

I was soaked (head to toe)

And I also had to wait for 3hours.

Eventually, he arrived from the Embassy

Had a huge smile on his face,

Said "Nice to meet you Andy"

And then apologized that he took a while.

Later on when we were in the seminar room,

And I said yes:

"Yeah, you know... if you didn't come today I never would have agreed to see you again — for any reason.

You came inspite of the rain because it was important to you.

There's something my mentor (Dr Sunny Ojeagbase) would always say:

If it's really important to you, it doesn't matter if there's a flood,

To tell them in person that I didn't want the automatic Federal employment (signed by the President himself — Muhammadu Buhari, GCFR)  —as the primary benefit of my NYSC presidential honor's award...)

....And mostly to ask them if the benefit could be "transferred" to a relative instead... (as my people wouldn't allow me rest because I refused to go take my appointment letter)

I got a DM on Twitter from Ronald that Monday:

He didn't even know about my plans)

I said yes right away.

Cancelled my plans and on Wednesday, I was sitted in his office 1-hour before time.

I'll have you know that I share the same birth *day (June 26th) with Legendary Copywriter, Bond Halbert,

So was it a coincidence I was getting my biggest Copywriting Offer on that day?

It was just Mother nature doing her thing?

A befitting reward for my persistence all those years when things were rough and I was mocked and ridiculed for choosing a career path as silly as Copywriting?

Anyway, I couldn't believe it

No one had ever offered me that kind of money

And I was so flattered by the deal,

Instead of just saying yes right away

I wanted to play hard to get and then asked him if I could think about it and get back to him before weekend?

" I need an answer now, if you leave this office I will assume you're not interested and that will be it. And if you're going to give me a response, I need it quickly, we don't have all day. "

I replied with a counter offer (Can you imagine the nerve asking for more on top of the generous stuff already offered?)

To my surprise, he didn't object

The final thing was a much better deal that what was initially offered agreed.

The following Monday or so (both of us went thru all the legal stuff in his office and signed the deal...)

And later on he was talking to some of his mentees and told them how I made a counter offer following his proposal and he said:

"If he didn't ask, I wouldn't have cared. Yes, I knew I could have offered him more but at fist I only offered what I thought was a good deal and it was up to him to say YES or say NO or simply make a counter offer — which he did. Sometimes, you only get what you ask for.... There's always room to negotiate for a better deal. And never be afraid to walk away if you don't think you're getting what you honestly believe is a good deal for you"

Spot any lessons so far?

You say you do?

That will be all for now.

Enjoy the rest of your day.

P.S: There's just a few people in this life I'd happily take a bullet for

Ikenna Ronald "Water" Nzimora is one of them.

I will be continuing this series in subsequent emails

Or maybe I'll just mix it up "seamlessly" with other emails in the coming days, weeks or months.

The next one will be marked: Ronald Nzimora (Part 7)

I want to brief you on something I've been working on in the last couple of days..

The kind of clients you work with,

How much you charge (and get) for your work

The amount of money you take home every month.

Your network (the kind of people in your circle)

The quality of your marketing and Copywriting

It's not necessarily cheap — and as with all my programs

It's definitely not for everyone.